HomeBlogUncategorizedHarvey Lillard and the Birth of Chiropractic 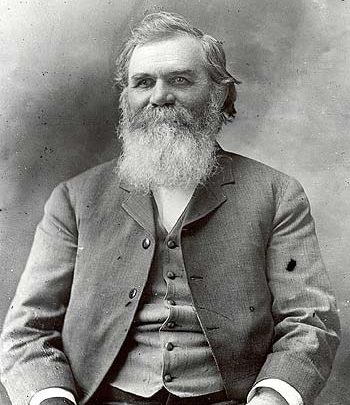 Harvey Lillard and the Birth of Chiropractic

This month, chiropractic turns 125 years old! The story of D.D. Palmer delivering the first ever chiropractic adjustment is documented in his book “The Chiropractor’s Adjuster” published in 1910. The recipient of that first adjustment was a man named Harvey Lillard, a janitor who cleaned the building where D.D. Palmer’s office was located on the fourth floor. Harvey Lillard suffered from hearing loss after an incident 17 years prior when he was in a cramped, stooping position and felt something pop in his spine. He immediately noticed the hearing loss and sought out the advice of many doctors over the years. None of these doctors were able to help him and he eventually gave up on ever hearing normally again.

D.D. Palmer was intrigued by his case and worked to convince Harvey Lillard to allow him to perform a chiropractic adjustment on him. Harvey agreed. The adjustment D.D. Palmer delivered restored Harvey’s hearing and just so happened to be the first ever adjustment performed in the field of chiropractic. The date widely accepted for this incident is September 18, 1895. This is why we celebrate the birth of chiropractic on the 18th of September every year.

If you think the story sounds a little far-fetched, Harvey Lillard was interviewed directly about the incident and himself confirmed that D.D. Palmer delivered two adjustments to him and at this interview 8 months later, he was still hearing quite well. In fact, several chiropractors and researchers have gone on to help with hearing loss in a number of documented patients over the years. It’s important to note that there are several causes for hearing loss and not all causes can be helped by chiropractic. The types of hearing loss caused by a misalignment of the spine are collectively called vertebrogenic hearing disorders. Vertebrogenic hearing disorders can be greatly improved by chiropractic adjustments, just as in the case of Harvey Lillard.

Now you know the story behind the birth of chiropractic. All that’s left to say is… Happy 125th Birthday, Chiropractic!